Modernity is the problem.

The guide to getting things done.
Related: Real men are busy.

Be thankful we don’t live in this Orwellian society.

A must-read post, Capitalism: a Hate Story.
Related: What we have is not capitalism.

Give them something real.
Related: The essence of game: Be the best version of yourself and be real.

A lot of people don’t want help or the truth. Don’t give it to them unless asked.

Take each other for granted.

7 reasons not to seriously date women over 30.
Related: Advice to a women in her 30’s.

5 signs you should marry her.

Judgy Bitch with a great rant.

Hugo Schwyzer’s big idea: make men more feminist by sodomizing them. Makes sense: a catamite would generally be more feminine, less masculine, more submissive, and an almost literal mangina, so I could see any man willing to be sodomized as more likely to be a feminist. If you’re willing to degrade yourself sexually, why wouldn’t you be willing to degrade yourself in other ways. Also, I love how feminists define “secure in their masculinity” as meaning having not even a tiny ounce of either masculinity or self-respect.

Hoplophobia.
Related: The consequences of hoplophobia.

It’s been 20 years since the FBI murdered 76 people.

Manpower: The most abundant and renewable resource.

God doesn’t forgive the unrepentant and neither should you. Good comments as well.
Related: On judgment.

Putting the pieces together results in shame.
Related: Liberal champions of white supremacy.

Why old people don’t get respect.
Related: A battle is coming.

Women: in poor shape because they do less housework.

The effectiveness of single-sex classrooms.

Yet another reason to homeschool your kids.
Related: You’re screwing your kids.

Mark Steyn tears one out of the anti-bullying campaign.

Science: Boys get worse grades than their test scores should indicate, except when they act like girls.

How about that: it seems women are the actual sexist bosses.

Why men are wrong and need to be more like women. Anyway, I think a advice blog dedicated to giving red pill answers to those with questions would be pretty nifty.

When guys do the same things as girls, guys are mean.

Equality is more important than safety.

What if everything you know is wrong.

Half of employers say college grads are a disappointment.
Related: Almost half of college students don’t graduate in six years.

The banks are unprofitable without subsidy.

How Amazon published the “Keep On and Rape A Lot” shirts.

Everyone finds a religion.

Nothing to see here. The Department of Homeland Security needs 2700 tanks for something, something.

Hehe… some take a bit longer to notice reality.

Shit. I smirk, talk in a tone of absolute certainty, and use sarcasm; I must be abusive.

Really? I highly doubt that a 6-year old is aware enough to identify as transsexual without the parent’s pushing. Also, you can tell this is the parent’s using their child as a political pawn as they called their male child “Coy”. Using your own children as a sociological experiment is hideous.

Crimethink in Canada.
Related: I’m disgusted is not an argument.

If only the socialists were always this concerned about government thugs.

The neo-feudalism of the ruling class.

On the differences between economists and others.

Is the jury system breaking down because people are stupid?

It seems the White House threatened a journalist. I’d be more concerned if I was remotely surprised or believed the media wasn’t already the slave of the government (or vice versa).

Not much for partisanship between the Republicrats, but this is funny: 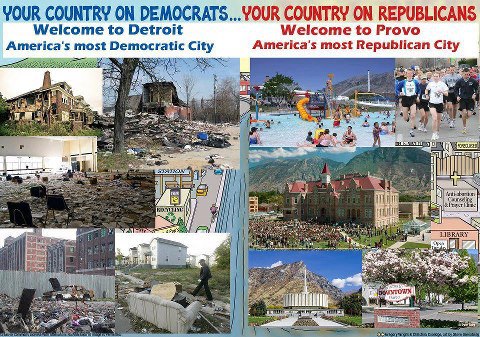 This entry was posted on Wednesday, March 6th, 2013 at 00:00 and posted in Lightning Round. You can follow any responses to this entry through the RSS 2.0 feed.
« Matthew Yglesias is an Idiot
Feminist Self-Annihilation »